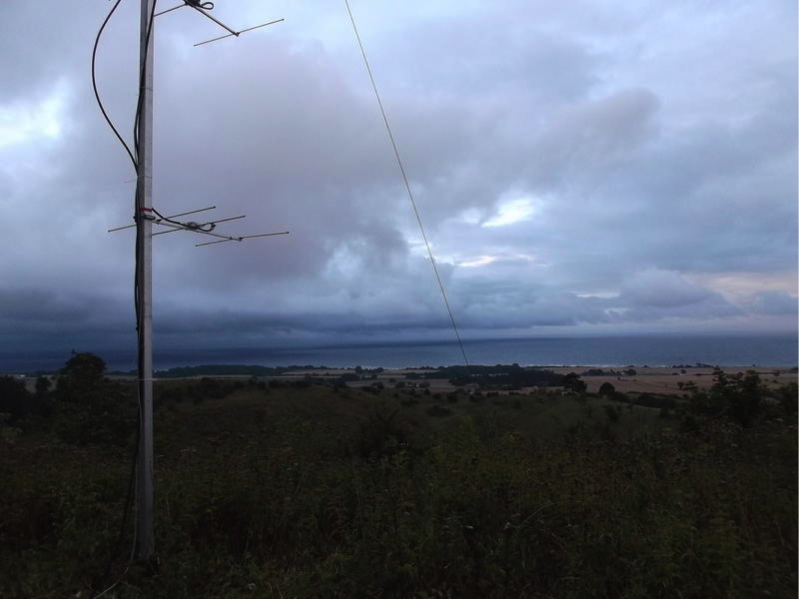 September is the month of late summer days, the smell of morning dew in the fields and the feeling of a summer almost gone. However, this was not exactly the case for this years VHF contest. It was more like a collection of low pressure ridges with high accompanying joyful winds and heavy rain. For the past 5 years we have been lucky with the weather during the VHF September contest, and just a week before the contest the weather forecast looked nice, but then it started to turn bad. At one point there was a storm warning, and if you are at the top of a hill right next to the ocean that is not a very good combination. We had experienced the October contest 2008 with a full gale and where considering to cancel this years contest, but fortunately the weather forecast got slightly better and we decided to go all inn as usual.

Preparations
As always we started preparations a little bit too late building, repairing and fixing equipment, but as the week before the contest arrived everything seemed to be in place and we could state loading the equipment. We try to keep equipment as simple as possible, and every year we bring a little bit less, but still is quite a logistics operation to set up a full VHF station. 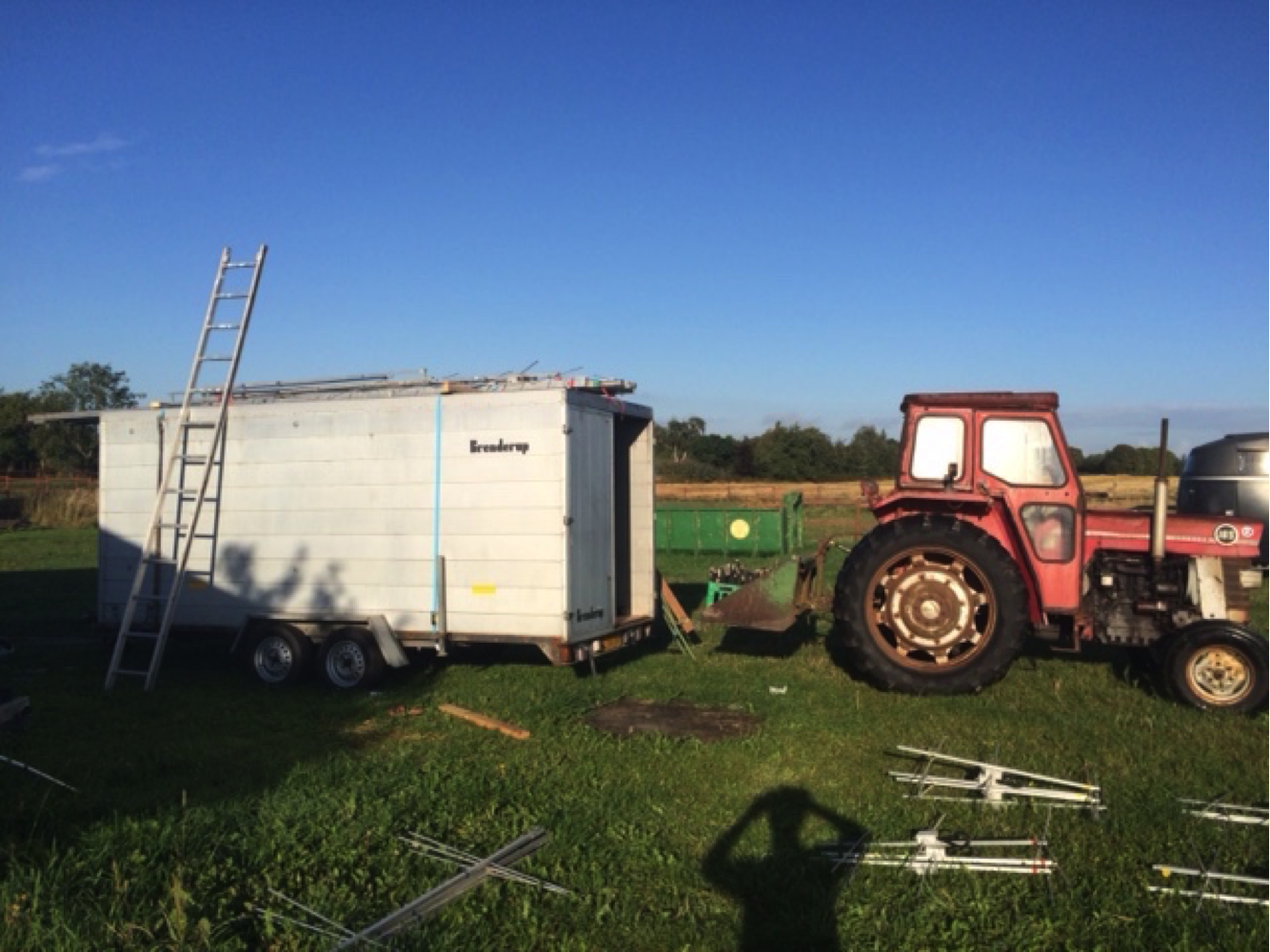 For this years contest we had added a few things; the horse trailer operator room and its smell of the other friendly users is now of the past, and we have a nice big cargo trailer with plenty of room. Another addition was a new operator Kenneth OZ1IKY who joined us. Kenneth is a very serious HF contest operator and we persuaded him to try a major VHF contest, but could a HF operator really perform in a VHF contest?

We started Friday with the ritual dish of fried fish and potatoes at Klintholm harbor and made it to the top of Kongsbjerg with all the equipment in the first try –there is nothing like a good old Land Rover. Weather on Friday was all right and OZ1IKY, PA5DD and OZ1FDH started to assemble the antennas (24 yagis in total). OZ1GER arrived with the 2 tons generator and we went on putting it all together. Friday evening we were 60% done and could sit down with a few bottles of red wine, just relax and enjoy the view. Friday evening is one of the highlights of the contest weekend, sitting at the southern tip of Moen, talking to old and new friends and looking at the light rom the German cities more than 50 km away is just nice. Unfortunately the low pressure ridges where starting to arrive and wind was picking up so we had to make it for the cosy interior of the trailer. We all went to bad not too late, but winds where picking further up and some really heavy rains gave us all some unrestful sleep.

Saturday morning arrived and everybody was a bit groggy after the nightly storm, as Kenneth put it “I better get some new rain gear”. Breakfast was buns a’la OZ1FDH, unfortunately we forgot the butter and milk, so we had to make with just buns and coffee, but we survived. AG6QV, Frank (OZ1GPI) arrived somewhat late Saturday, due to a marathon race; the police had sealed of a major part of the highway and Frank had to make quite a detour around the southern part of Denmark.

The PTT for the PA started to become a little “shaky”. Everything was reconnected and looked fine for a short while, but then things became really strange. The PTT worked on and off, or in the opposite mode. The sequencer for PA and antenna relais in the DB6NT transverter apparently was broken. But no, everything was apparently OK in the transverter. Disconnecting and connecting cables, turning the 12V supply for the antenna relays on and off, all gave very confusing results.

Then, finally when double checking the cables we noticed something liquid was moving inside the connector box for the PTT cables stored well below the trailer, in order too get the cables away form the operator room. The lid came off and low and behold, there was 2 cm of bluish water inside the box, and the bright blue color of copper in its Cu(III) oxidation state was all over the circuit board and solder joints. What had happened was that even tough we put the box well below the trailer; the high winds and heavy rains during the night had half way filled the box with water. Then as we turned on the power in the morning electrolysis kicked inn, and after a few hours it started to short circuit everything. Now this was all fine if it wasn’t because we were only 20 min away form the start of the contest, and the stress level and temper was way into the red level of the scale. OZ1FDH, Claus who build the station was somewhat stressed, and the rest of the crew knew that the best thing to do was to stay at least 10 m away, either the professor would solve the problem or not, he was in a world of his own.

The main part of the blue gook was removed, but relays and everything was still dripping water. The cables were connected and it seemed that everything sort of worked again (figure 2). However, closing the connector box caused problems to return, so we opened the box and put a blower next to it in order to dry it fully. 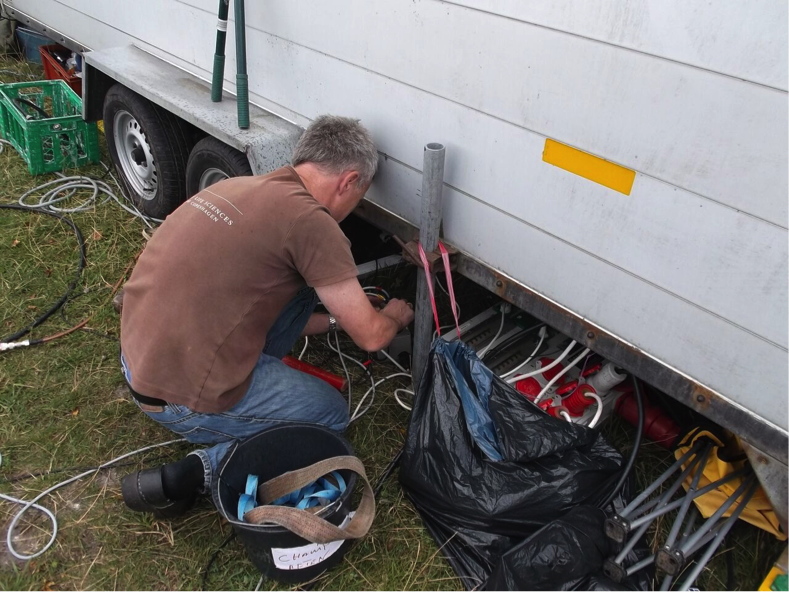 Figure 2. OZ1FDH with a high pulse fixing the relay box 20 min before the contest

Contest start
30 seconds before kick off there was an operator with a red face and a high pulse rate (OZ1FDH) ready at the station and we could start. The first 15 min were really sluggish at our part, the QSO rate started to pick up, but we only made 59 QSO’s the first hour, it did not look promising at all. PA5DD, Uffe took over and boosted our bandwidth by simple will power. The QSO rate improved and stayed pretty high, we kept 60 qso’s/hour right until 20 GMT. No major DX, but we actually made quite a few QSO’s into JN59 and JN48 keeping the points coming. Then the effect of the new 6 hour class kicked in from one minute to the next and the QSO rate dropped with a big splash. Comparing the hourly QSO rate of 2015 to 2014, clearly shows the effect, see figure 2. The idea behind the 6 hour class was to increase activity, but whether or not it only concentrates the activity during the first 6 hours remains to be seen during the next years. The 6 hour effect may also have reduced the normal Sunday morning peak. However, we will have to see the trend for a few more years before anything can be concluded on the effect of the 6 hour class. 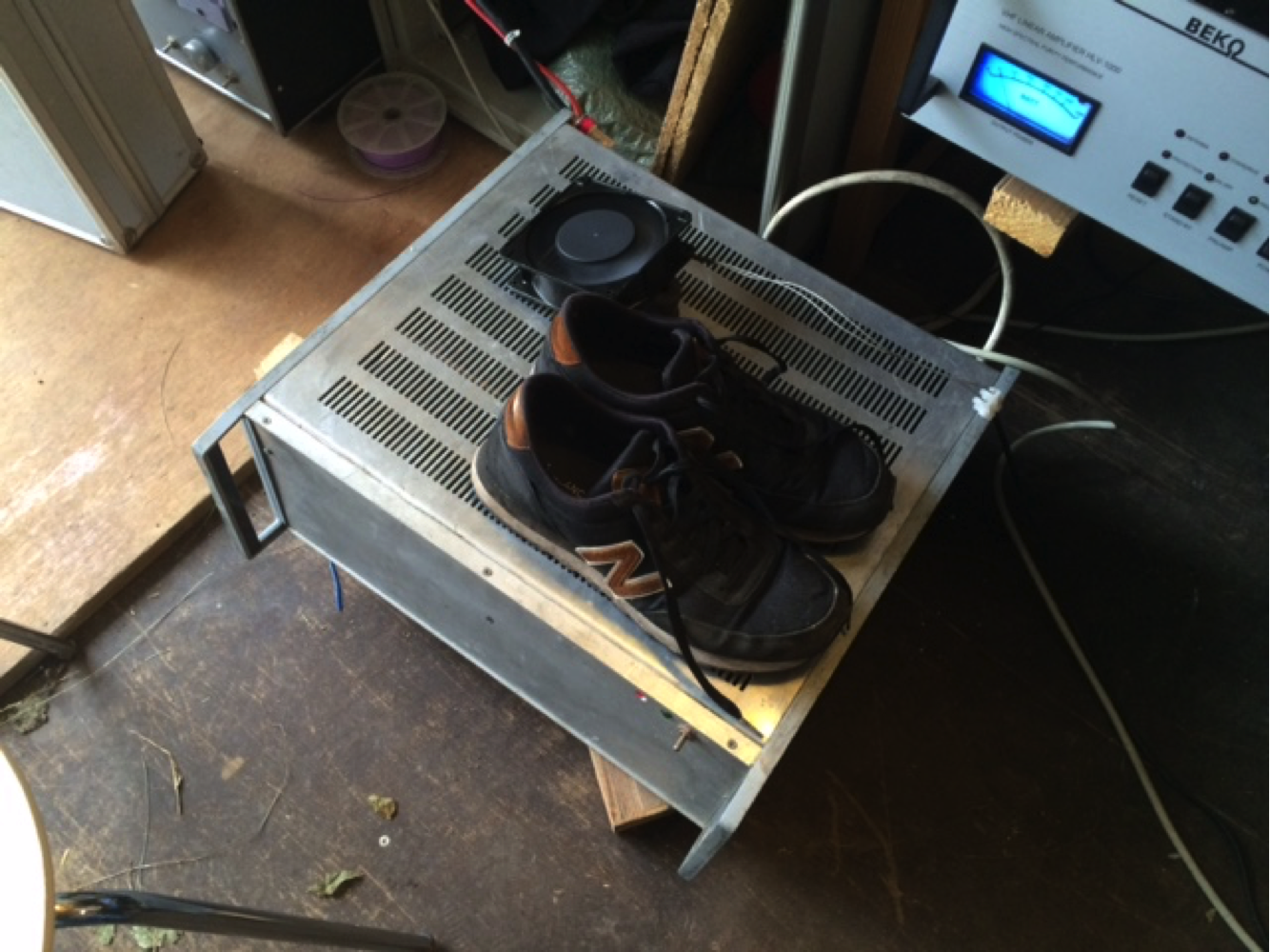 Figure 3. OZ1IKY’s shoes drying on top of the power supply. 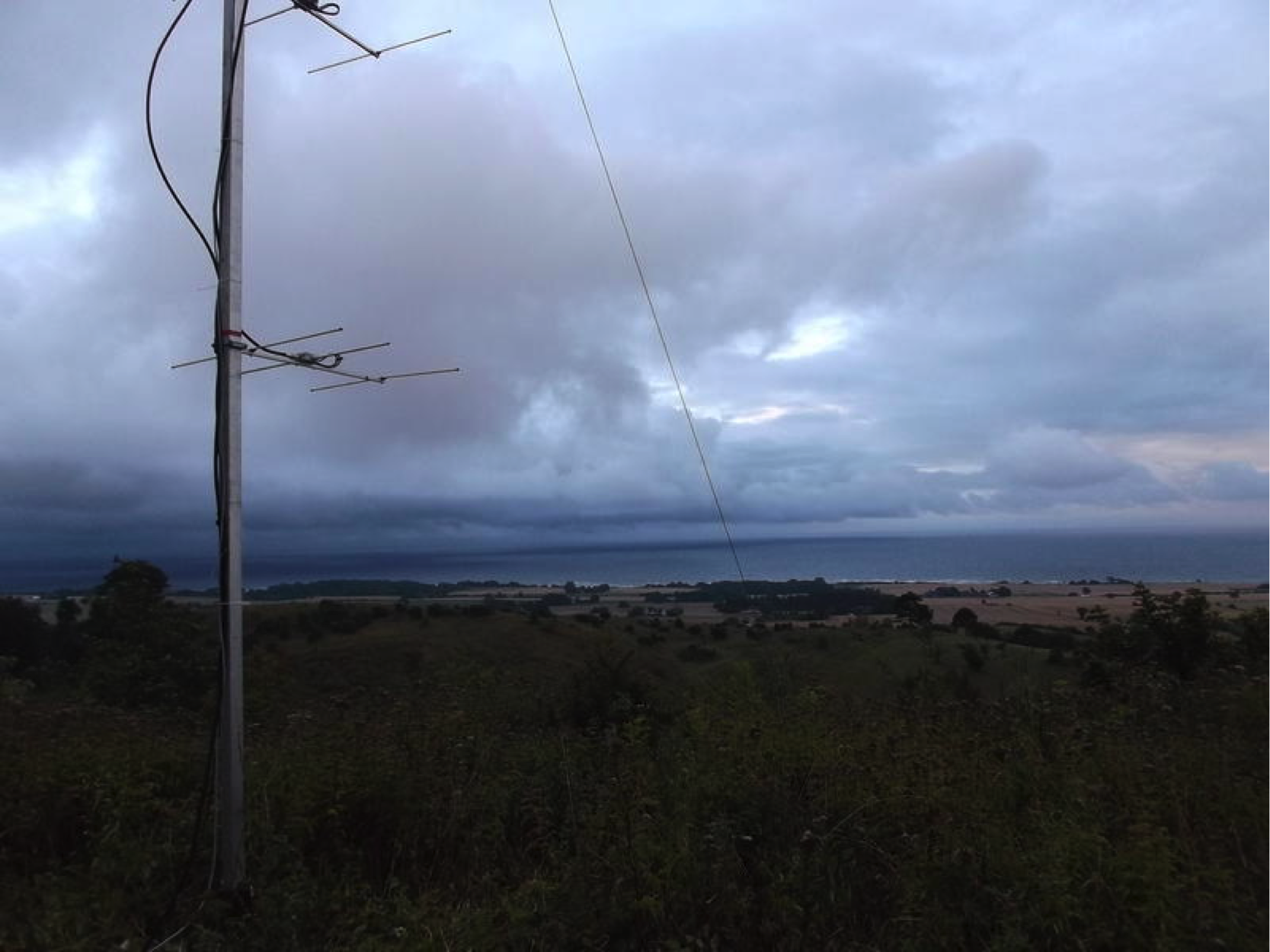 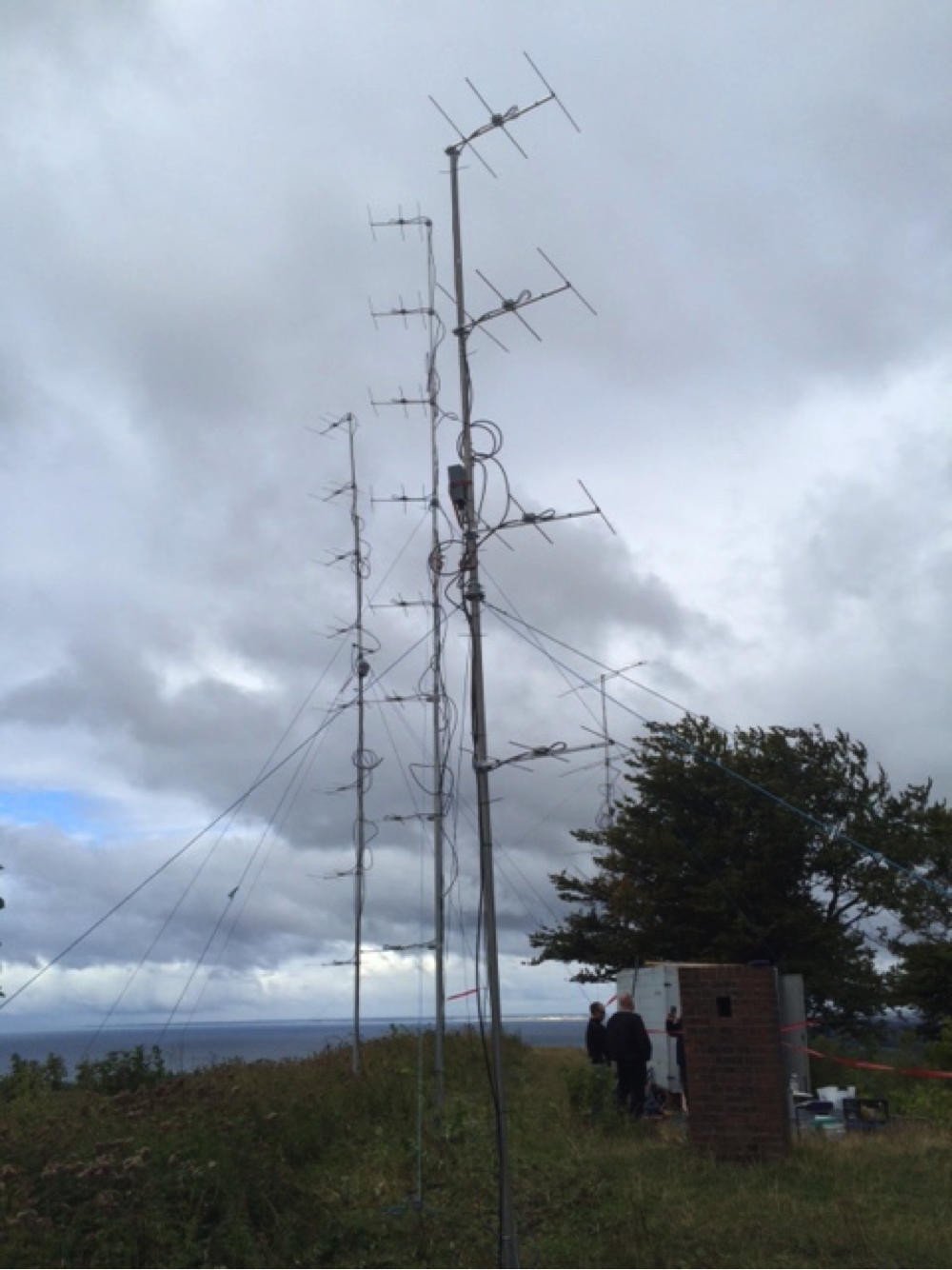 Figure 5. All antenna systems and the operating trailer 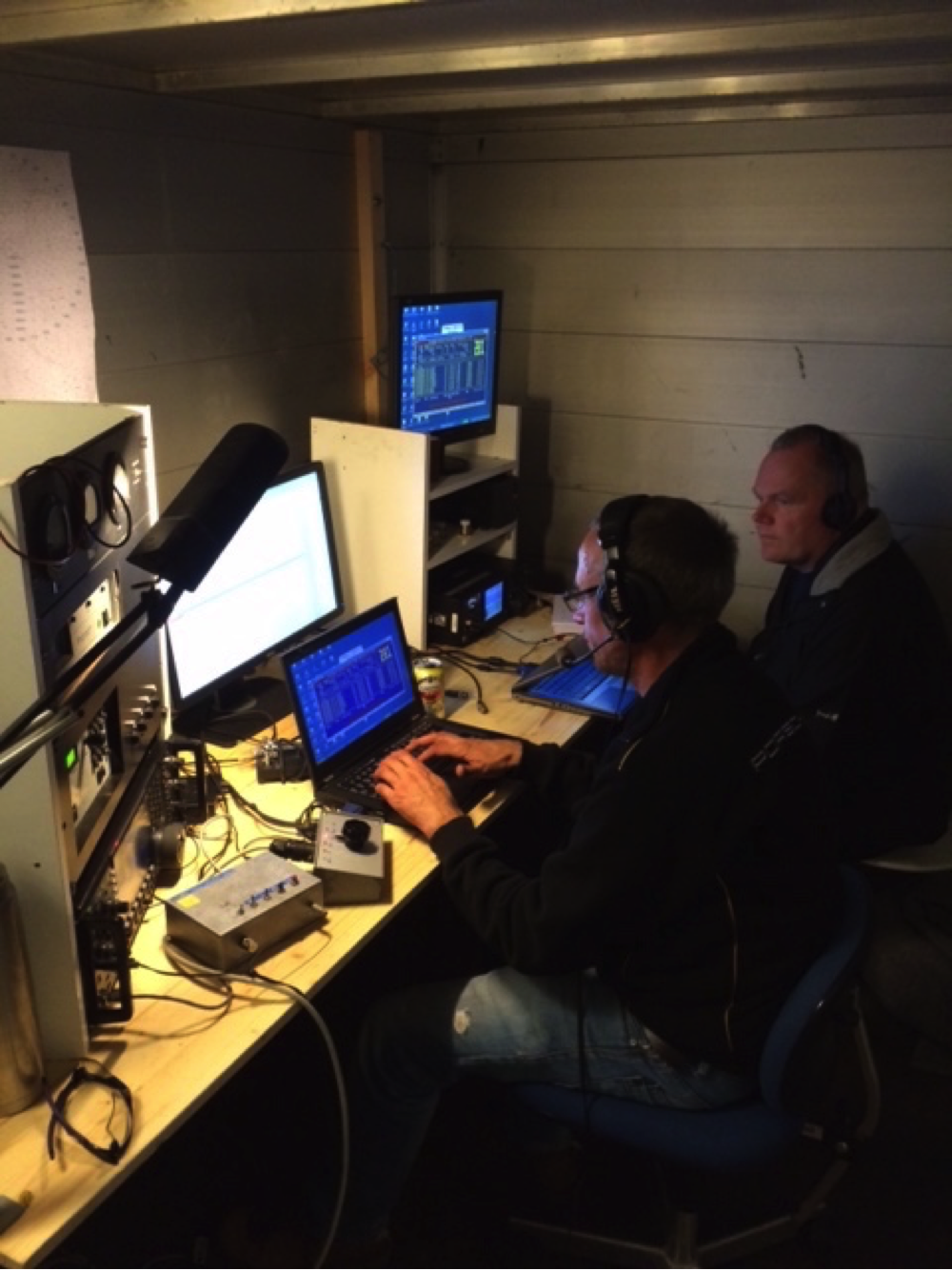 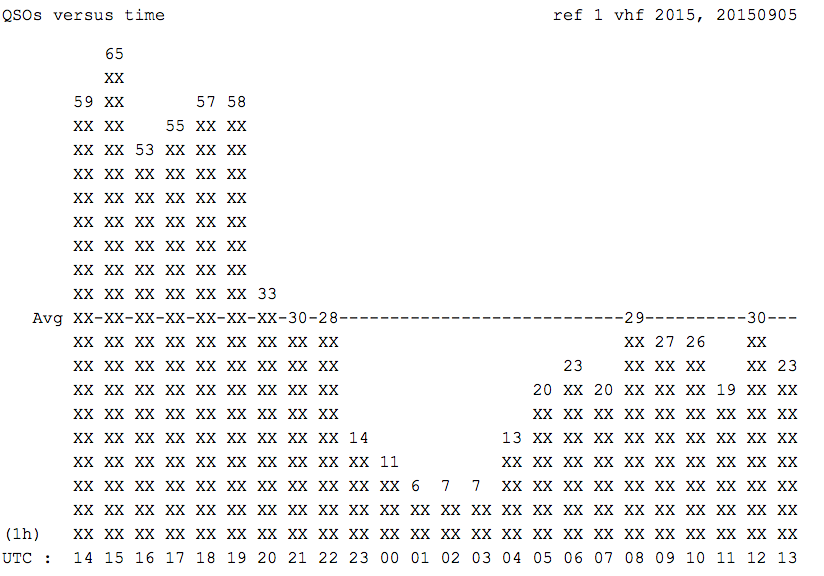 QSO's
Conditions were definitely average, but distances were not that bad, we seemed to work more German stations at the 600-700 km range. Signals weren’t fantastic, but manageable. Saturday evening the wind was quite strong and the trailer was sometimes rocking back and forth like a boat in the sea. Luckily enough we had put some extra wires on the antenna masts keeping them from blowing away.  OZ1IKY  just kept the QSO’s coming into the log, smoothly and faultless, -yes HF operators definitely know how to work VHF contests.

Then just around midnight GMT tuning across the band there was YT4B with a steady 59 signal. A quick call gave a quick reply, and we finished the QSO in seconds, the ODX of 1305 km was in the log. He was clearly audible for more than 2 minutes, was it MS? Probably, but with very slow QSB and a steady signal.

Sunday
OX5T (OZ5BD) joined us Sunday morning with breakfast and gave rest of the crew some time off from the radio. We were also visited by approximately 100 runners participating in a Danish “mountain race", some of them forgot to run in surprise of finding us on the top.

The antenna relay for one of the 8x3 el got stuck in the TX position, but to take the system down would require that we also took the other systems down as the guy wires were in the way, so we decided to leave it and use the rotor mounted system as RX antenna. Sunday morning the activity picked somewhat up, but the level was quite low, and it was more a question if we would make 700 QSO’s than 800 QSO’s. We crossed the 700 mark in the last hour including HB9BA finishing off with 715 QSO’s and approximately 357000 points in 94 locators and 19 DXCCs.

The sun came out at the end of the contest and winds dropped. Making the disassembly and packing of equipment uneventful and without any problems, but boy do you feel tired….

3rd place!!
2015 was not a great contest, the condx and weather made it hard work, but all in all we very quite satisfied with the result. In many ways 2015 was a full radio sports event; rough weather, Murphy type equipment failures, hard work and good company. The final score gave us the 3rd place after DA0FF and DL0GTH. Since 5P5T started in 2007 our top results now include 1, 2, 3 and 4 place, not bad at all from up here north....

Next year 5P5T will be back and will then be QRV for the 10’th time in a row. Thanks for all the QSO’s and we do indeed look forward to next years contest. 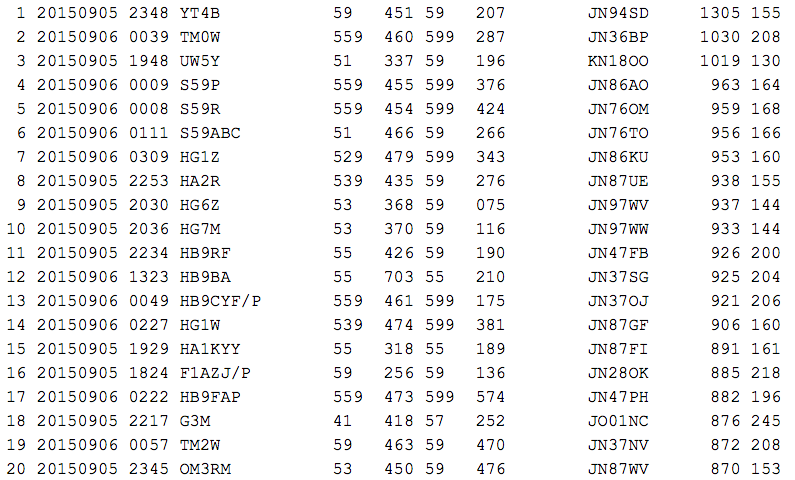 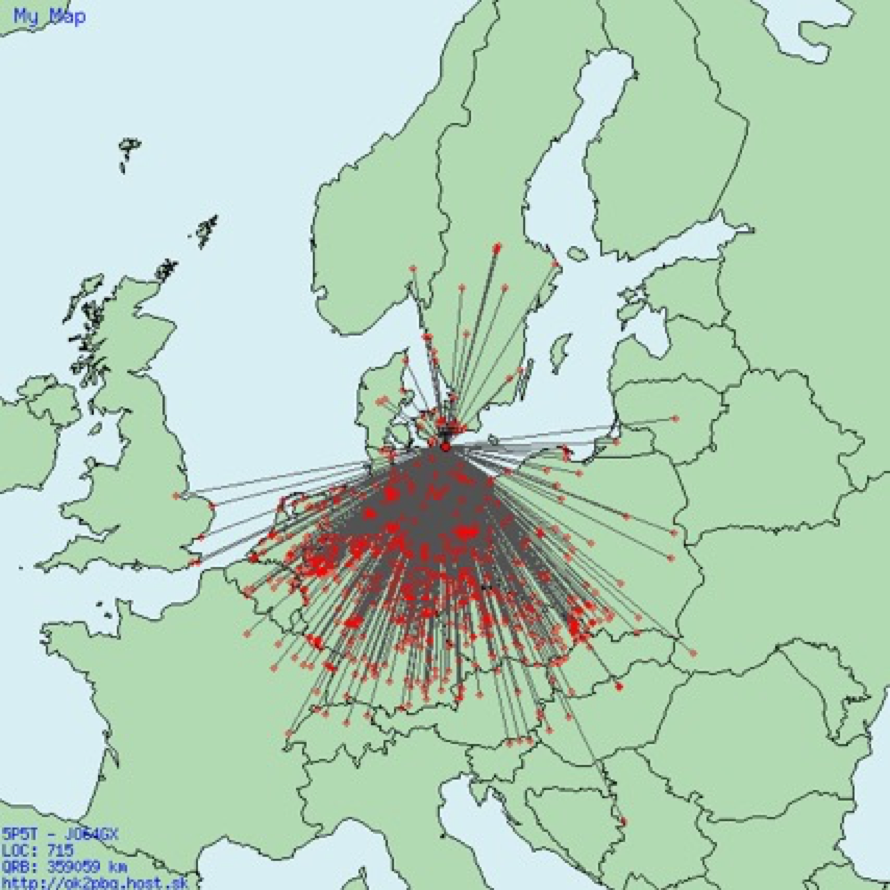 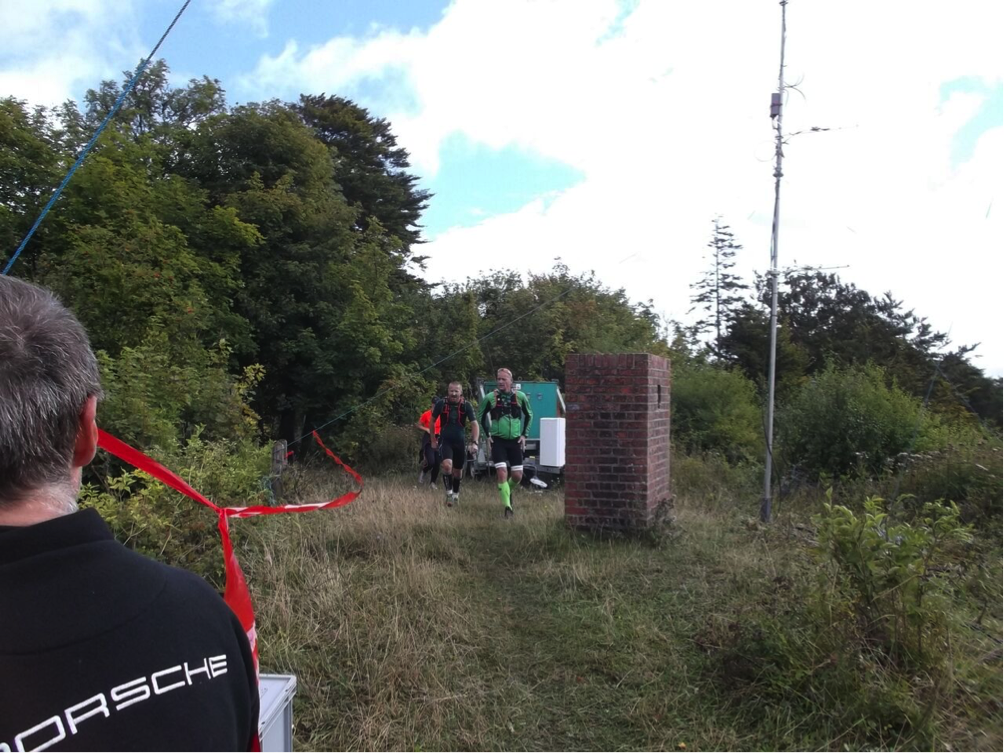